A Month of Photo Effects

Over a period of two years I made it a point to “capture” as many of New Jersey’s twenty-two lighthouses as possible. I got all but three. East Point Lighthouse was one of the first that I visited. This lighthouse is actually on the northern bank of the Delaware Bay at the mouth of the Maurice River.

I used a line-drawing function in Corel Paint Pro to convert the original images to sketch-type image. 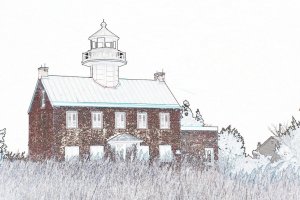 The lighthouse is not routinely open to the public, but the grounds are. It is positioned very close to the a Delaware Bay beach overlooking a marshy area. The beacon marks the entrance to Maurice River and access to the town of Bivalve—the focal point of New Jersey oyster harvesting for many years. 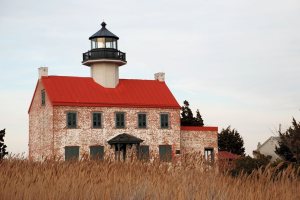 This is the orginal photo before converting it to a drawing.

This entry was posted in Photo of the Week and tagged drawing, East Point, effects, lighthouse, New Jersey, photo of the month. Bookmark the permalink.

2 Responses to Photo of the Week – East Point Lighthouse